The biggest attraction at the Lake of the Ozarks is The Lake itself. From boating to fishing to watersports to beaches, The Lake draws millions of tourists every year from all walks of life to experience what this manmade wonder has to offer.

History of The Lake

Today, The Lake boasts more shore length at 1,150 miles than the state of California. The Lake draws in more than 5 million visitors every year 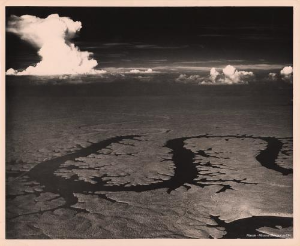 Nicknamed "the Hub City of the Ozarks," Camdenton was founded in 1931 when residents from Old Linn Creek, which was to be flooded by the Bagnell Dam, settled up the valley. Today, Camdenton is home to scenic destinations such as Lover's Leap, Bridal Cave and Ha Ha Tonka State Park, which offers a fascinating look at the ruined "castle" overlooking The Lake.

What started as Peter Thompson's farm became the largest city in Miller County. Located north of The Lake, Eldon was incorporated in 1904 and fueled by the arrival of the Missouri Pacific Bagnell Branch and Eldon Roller Mills. The completion of the Bagnell Dam and Lake of the Ozarks led to massive growth in Eldon's tourism and hospitality industry, which is still very much active to this day.

After Bagnell Dam was completed in 1931, businesses re-opened the western side of the dam, known today as the City of Lake Ozark. While very 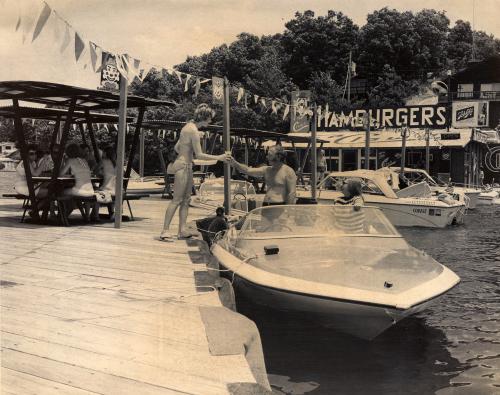 few of the original buildings of that generation have survived, the White House — built in 1932 — has been recently renovated.

Platted in 1928 on the site of two existing towns, Zebra — named for the nearby striped bluffs — and Damsel, Osage Beach was incorporated in 1959. Named for the manmade sandy beaches on the banks of the Osage River, Osage Beach is home to the Grand Glaize Bridge — also known as the "Upside-Down Bridge" for its unique construction that offers travelers an unimpeded view of The Lake — and the historic Willmore Lodge, a 6,500-square-foot, 29-room lodge built for Union Electric in 1930 that today serves as a museum and home to the Lake Area Chamber of Commerce.

The county seat of Morgan County since 1854, Versailles is rich in history, from its Mennonite heritage to its role as a temporary stop for both Union and Confederate soldiers. The old Martin Hotel, a 26-room hotel built in 1878, now serves as a museum for the area. Today, Versailles is home to the annual Versailles Saddle and Sirloin Club's rodeo, the Morgan County Fair and the Versailles Old Tyme Apple Festival.

Driving north on Route 5 out of Camdenton provides a beautiful scenic drive for travelers, as well as some communities that sprung up along The Lake such as Hurricane Deck, Sunrise Beach and Laurie, plus historic Gravois Mills, which was platted in 1884. Eight caves along The Lake's West Side have opened to the public since 1932, including Jacob's Cave near Gravois Mills.