We invite you to the REAL Lake of the Ozarks for the Ozark Season 4 Premiere Watch Party "Round 2"! 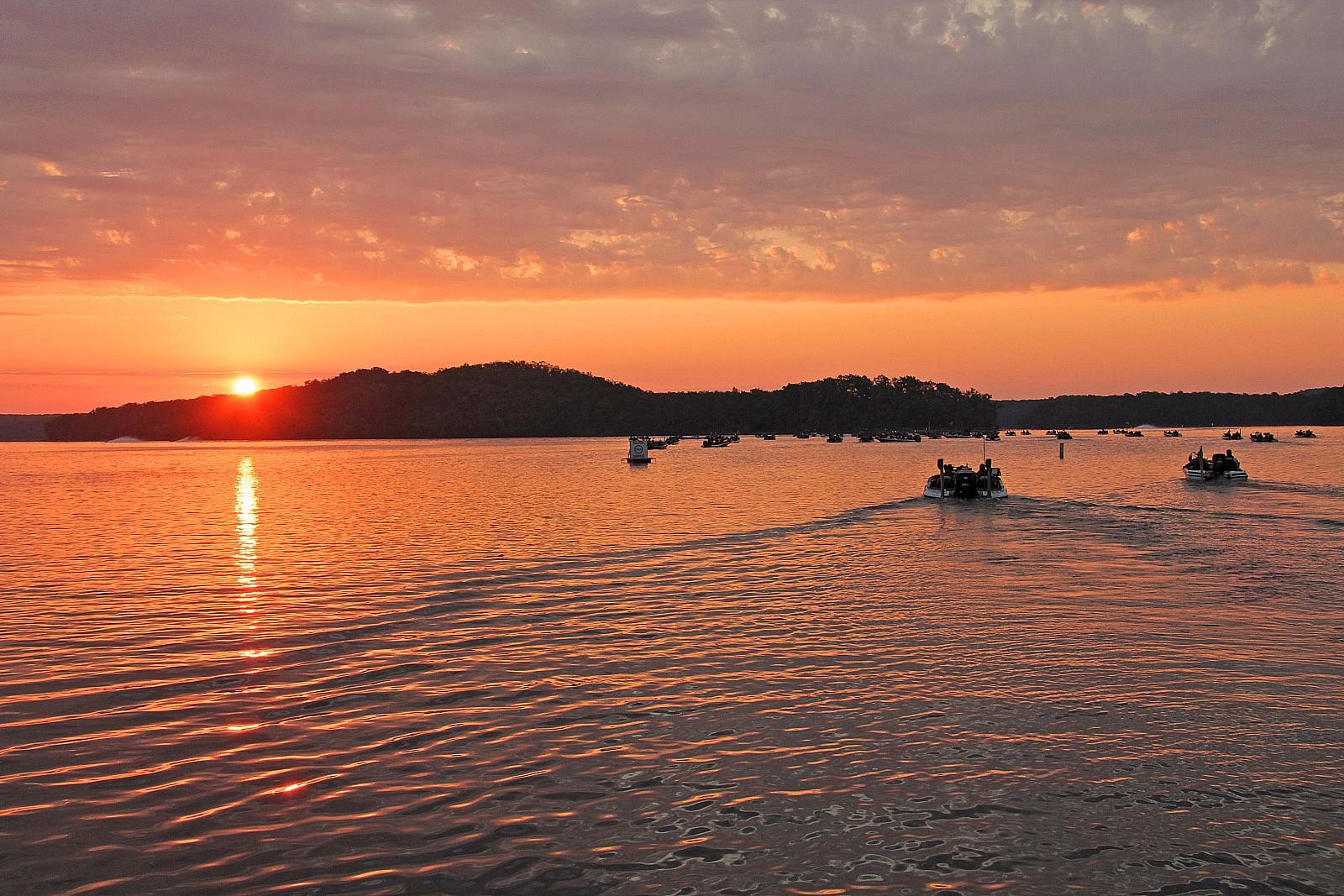 OZARK is a Netflix original series created by Missouri's own Bill Dubuque and starring Jason Bateman. OZARK premiered in 2017 and for 3 seasons we have followed Marty Byrd (Jason Bateman) and his family from Chicago to Central Missouri's Lake of the Ozarks where Marty hopes to use his money-laundering skills to pay off a debt to the Mexican drug cartel. The 4th and final season of OZARK kicked off on January 21, 2022 on Netflix with the first 7 episodes. The final 7 episodes will drop on Friday, April 29, 2022.

Join us in the REAL OZARKS for the premiere of the 4th and final season "part 2" of the original Netflix series, OZARK! The night will kick off at 5:00 pm with a scavenger hunt along the Historic Bagnell Dam Strip. Arrive at Marty Bryde's between 5 pm and 6 pm for scavenger hunt clues. The scavenger hunt winner will receive a prize package valued at over $1,000.

The showing of the 8th episode of Season 4 of OZARK will take place at 8:00 pm.

*Scavenger Hunt participants will be allowed to reserve their seats for the viewing.

Seating is limited so get there early.

The event is hosted by the Lake of the Ozarks Tri-County Lodging Association. 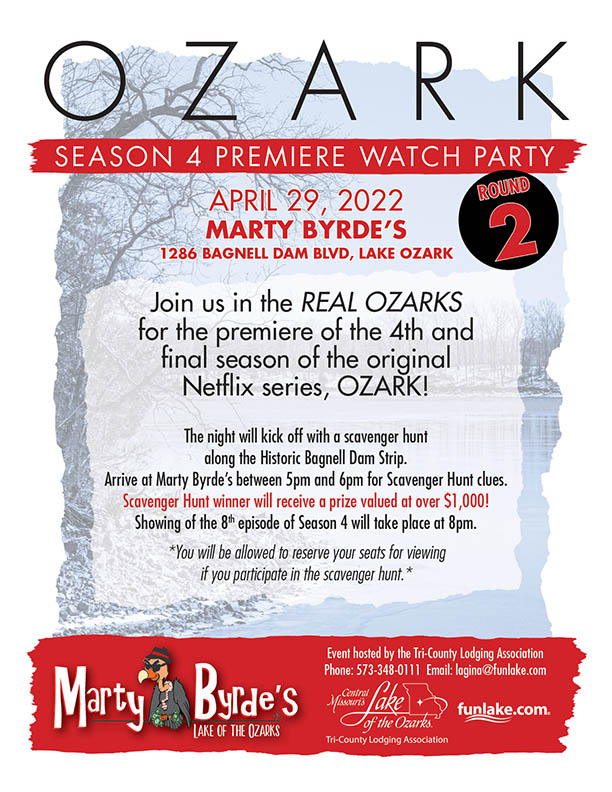